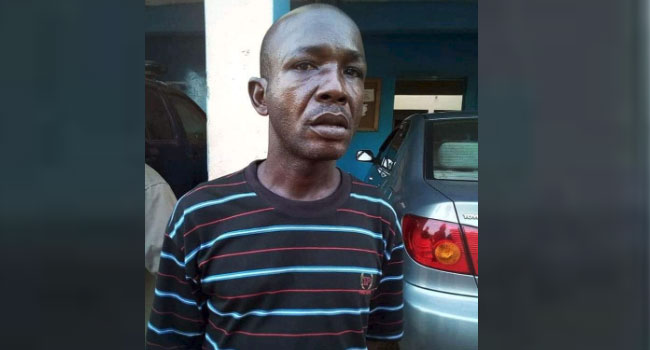 Ondo State Police Command have arrested, Deji Adenuga, the suspected murderer who set ablaze nine members of his estranged girlfriend’s family in Igbodigo, in Okitipupa Local Government Area of the State.
The Public Relations Officer of the command, SP Femi Joseph confirmed the arrest today in Akure.
READ ALSO: [PHOTOS] Boyfriend Kills Five Members Of Girlfriend’s Family In ondo
According to Joseph, the suspect was arrested under a bridge, along Lagos/Benin Expressway in Ijebu Ode, Ogun State.
Adenuga is said to be one of the inmates that escaped from the Olokuta Prison in Akure, Ondo State during the prison break that occurred in 2013.