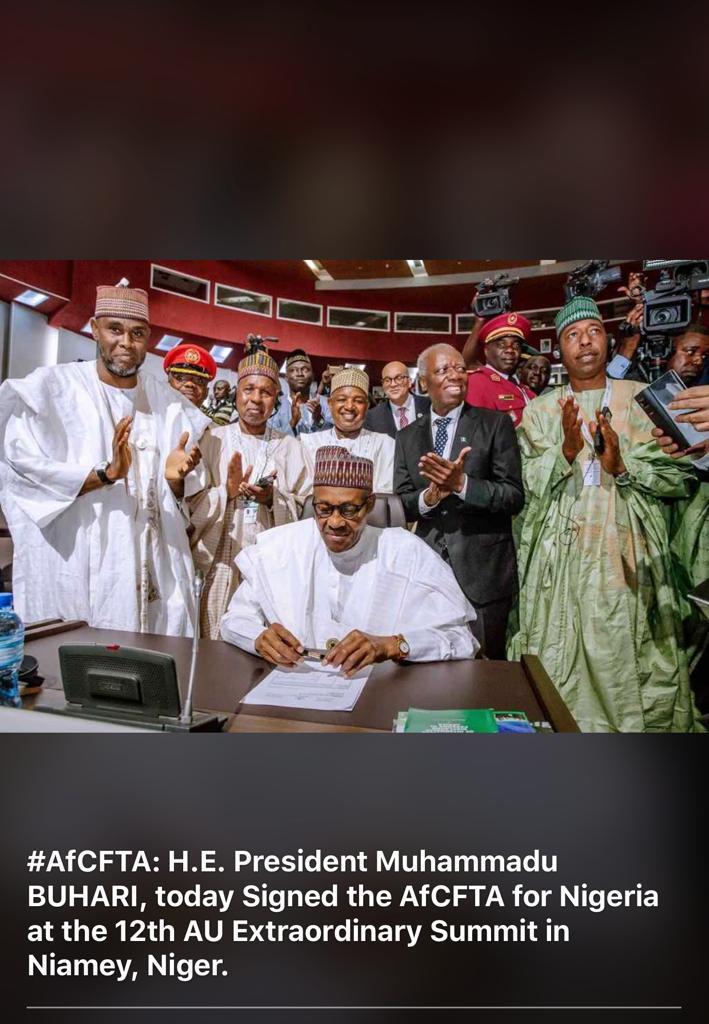 The signing took place at the 12th Extraordinary Session of the Assembly of the Union on AfCFTA and the First Mid-Year Coordination Meeting of the African Union and the Regional Economic Communities in Niamey, Niger Republic.

The president appended his signature to the document about 10.48 am on Sunday.

The African Continental Free Trade Area is expected to be officially launched later today in what the AU commission chairman Moussa Faki said would be a “historic” moment.

Fifty-four of the 55 African Union member countries signed onto the deal, with Eritrea the only holdout.

AU leaders hope the agreement, which comes after 17 years of tough negotiations, will create the world’s largest free trade area.

They estimate a 60-percent boost in trade between the continent’s 1.2 billion people by 2022.

Buhari accepted to sign the agreement after a presidential panel he set up to look into the AfCFTA advised that Nigeria would benefit economically from the envisaged trade relations with other African countries.

Nigeria has become the 53rd county in Africa to sign the AfCFTA agreement.