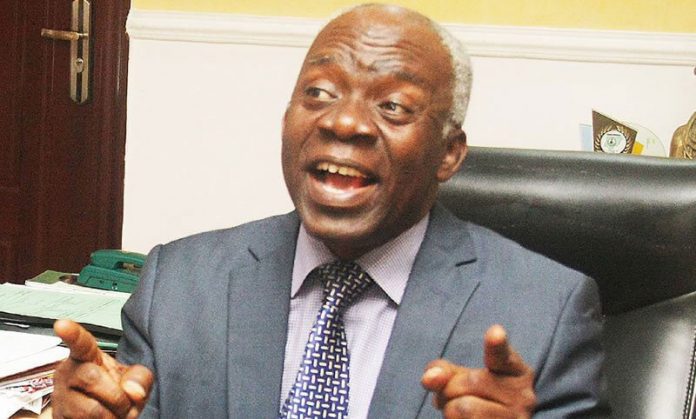 Human Rights Lawyer, Femi Falana, has called on the Federal Government to propose a Money Bill to the National Assembly before the implementation of the increase in Value Added Tax. Falana told the News Agency of Nigeria in Abuja that the National Assembly erred by inviting the Minister of Finance and the Executive Chairman of Federal Inland Revenue Service to clarify issues of VAT increment.

According to him, provisions of the constitution states that the President ought to have presented a Money Bill to be passed by the NASS before the increment. “It’s illegal. Under a democratic dispensation, you cannot impose tax or increase tax without a law made by the National Assembly or the State Assembly as the case may be. “In this case, it has to be realised that we are not under a military dictatorship.

“By virtue of section 59 of the Nigerian Constitution, any increase, levy or tax will have to be presented to the National Assembly by way of Money Bill by the President, it has to be passed into law.