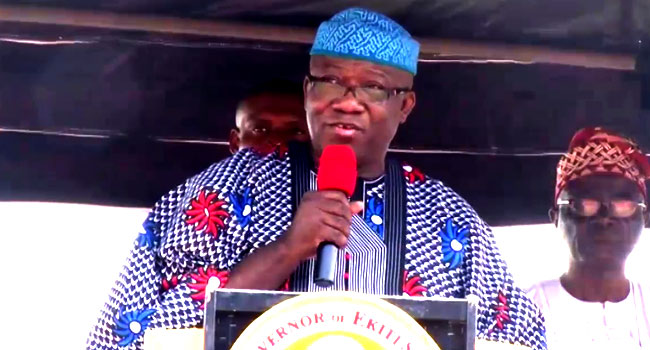 Ekiti State Governor, Dr Kayode Fayemi, has announced the commencement of the implementation of the new minimum wage of N30,000 in the state from October.

He made the announcement on Saturday at an event to commemorate the World Teachers’ Day in Ado, the state capital.

“The government has concluded plans to ensure we commence the payment of minimum wage of N30,000 with effect from this month (October),” the governor said.