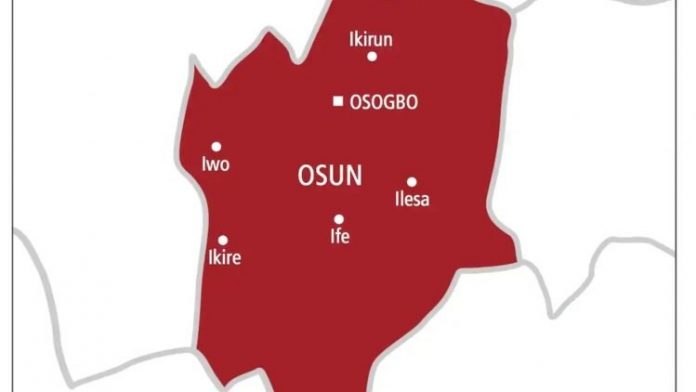 Residents of Adeti area of Ilesa, Osun state were on Sunday thrown into mourning when a middle aged man was killed by suspected cultists.

The man was said to have been gunned down by some suspected cultists on Sunday night at Adeti area of the town before some youths armed themselves with guns in retaliation of his death.

On Monday morning, the armed youths had laid siege on the city before shootings ensued between them and their targets (suspected cultists).

Residents of the flash points including Olomilagbala, Ereguru, Itakogun, Okesa and Imo areas of the town hurriedly fled for safety as the youths and cultists engaged in a gun duel.

During the melee, shops owners and residents hurriedly shut their doors as banks closed doors to business as the bandits shot sporadically while hunting their targets.

It took the intervention of a team of armed policemen who carried out a patrol of the flashpoints before normalcy could be returned to the city after about two hours that the crisis lasted.

Confirming the incident, the Divisional Police Officer at ijamo B’ division, Olugbenga Ajiboye, said his men and officers from the state special anti-robbery squad had dislodged the gunmen and restored peace to the flashpoints.

The president of Omo Ekun, a group of renounced cultists in Ilesa, Babatunde Aguntasoolo, while speaking with a radio station in the town, berated the action and counter action of the warring parties, urging them to give peace a chance.

Aguntasoolo condemned the killing of the victim by those he said refused to renounce their membership of cultism.