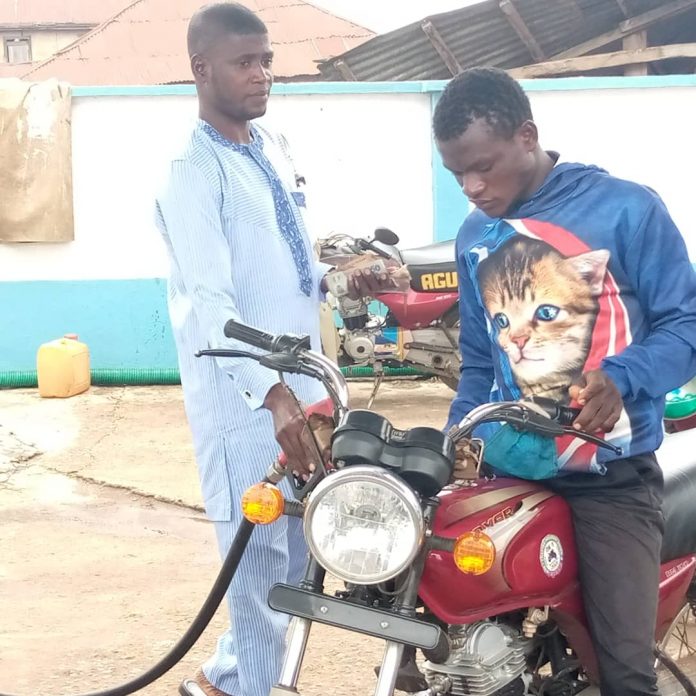 The Special Assistant to the Osun state Governor on Works and Transport Engr Olaniyan Hussein, on Saturday went around to Iragbiji in Oboripe Central local government to distribute sallah gifts to some residents.

Engr Olaniyan gifted over 200 persons free fuel to Commercial Buses, Motorcyclists, Korope(mini shuttle) and some generator owners in the community.

He was received by a large crowd where he disturbed the fuel.

However, the personal Assistant to the S.A on political affairs Kazeem Adeleke coordinated the distribution of the gift.

Some of the beneficiary however in gladness and excitement prayed for Engr. Olaniyan.

Tunde a beneficiary said he hasn’t been able to fuel much on his motorcycle but with the help of the S.A he has enough for his trip which will also save him money.

Also, Adigun a beneficiary disclosed that it is always good for government officials to remember people at the grassroot area because it brings joy in seeing such great thing happening.

Osun Issues out Guidelines for Resumption of Schools

FG Extends Phase Two of Eased Lockdown By One Week