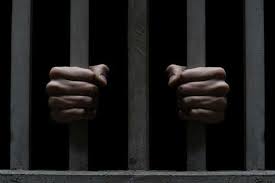 A Chief Magistrate Court in Ilorin on Tuesday, remanded a Fulani herdsman, Manu Usman, who allegedly stabbed his colleague, Akilesho Attah, to death at Gwanara area of Kwara State.

The prosecutor, Insp. Zacheous Folorunsho, had told the court that the defendant repeatedly stabbed one Akilesho Attah with a knife in the neck while pursuing him for grazing on his farm land thereby destroying his maize.

He prayed the court to remand the defendant on the basis that the alleged offence is capital in nature.

The defendant was arraigned on a charge of culpable homicide contrary to section 221 of the Penal Code.

However, the Magistrate, Abdulraheem Bello, who refused to take the plea of the defendant, ordered his remand at Oke-Kura Correctional Service Centre in Ilorin.

He adjourned the case until Feb. 12 for further mention.