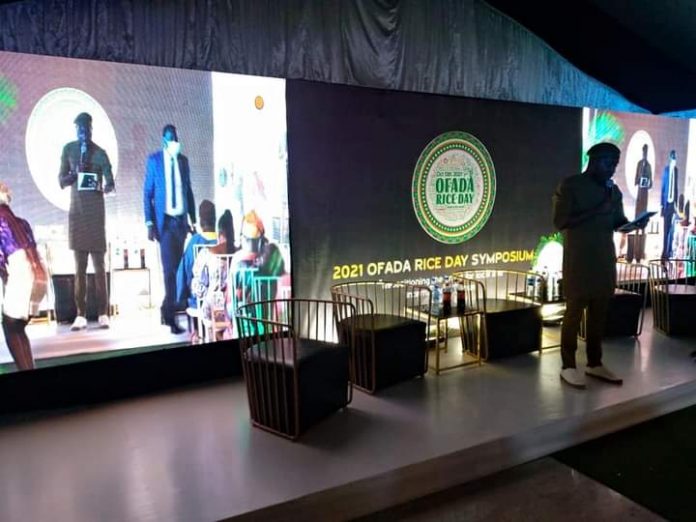 The Lagos State Commissioner for Agriculture, Ms. Abisola Olusanya, has called on Ofada Rice farmers in the State to focus on rebranding the produce for market visibility and global acceptance.

Ms. Olusanya gave the charge at an Ofada Day Rice Symposium put together by the Ministry and Ofadaboy as part of activities marking the celebration of Y2021 World Food Day in the State.

Represented by the Permanent Secretary, Mr. Hakeem Adeniji, the Commissioner noted that the rebranding could be achieved by promoting the dietary and health benefits of Ofada rice as well as engaging in standard processing, pointing out that the grains must be organic, odourless, homogeneous, free from impurities and appropriately packaged.

According to the Commissioner, the State government is continually encouraging and empowering Ofada rice farmers, especially those found in locations such as Ise and Obada in Ibeju Lekki Local Government, to sustain and improve the local Ofada rice brand.

She opined that the State Government would continue to support farmers, encourage small and medium scale Agro-processors, while also creating an enabling environment for private sector involvement in agriculture in order to grow the State’s economy through agriculture and food sufficiency.

Her words: “The acceptability of this brand has been hindered by the method of processing and packaging. The locally processed Ofada rice has a pungent smell as a result of fermentation during parboiling. There is also the issue of impurities such as the presence of stones in the rice. Most people have erroneously attributed the smell as a genuine property of Ofada rice and this does not meet international standards”.

The Commissioner explained that in order to correct these errors and put Ofada rice on the global map, the Rice for Job Programme of the Lagos State Government, in 2008, commenced the promotion of hot water soaking of Ofada rice during parboiling as well as putting dried paddy in a destoner machine to eliminate stones and other impurities during milling.

Reiterating the envisaged positive effects of the Imota Rice Mill on production and supply of the commodity, Ms. Olusanya said, “The Lagos State Government’s 32 Metric Tonne per hour capacity integrated Rice Mill at Imota, Ikorodu LGA, the biggest in Nigeria and in West Africa, is nearing completion and at full capacity, it would produce 2,400,000 bags of 50kg polished parboiled rice from about 200,000 Metric Tonnes of paddy rice annually. It is expected that no fewer than 250,000 direct and indirect jobs would be created along the entire rice value chain.”

She noted that the theme of the symposium which is “Repositioning the Brand for Local and International Markets”, aligns with the theme of this year’s World Food Day, “Our Actions are our Future: Better Production, Better Nutrition, a Better Environment and a Better Life”.