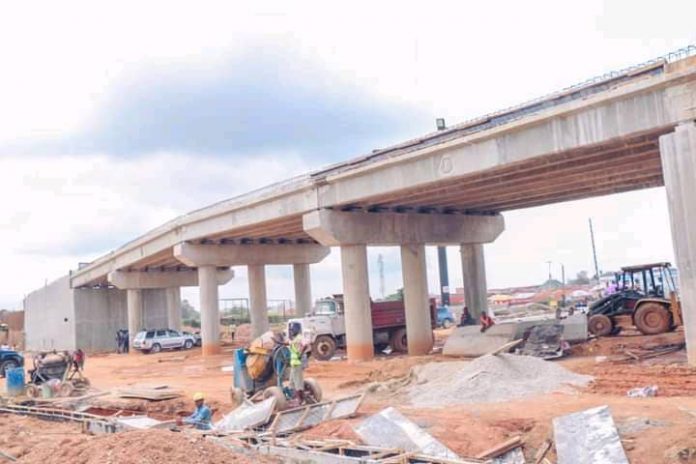 Osun Government on Monday explained that improved aesthetics, expansion of scope of work and torrential rainfall witnessed in Osogbo coupled with the desire not to compromise standards were responsible for the delay in completing the Olaiya Flyover at scheduled time.

The government however assured that with the current stage and pace of work, the project would be delivered before the end of the year, saying it is just weeks delay.

It appreciated residents and road users for their understanding and cooperation so far.

Governor Adegboyega Oyetola had while flagging off the construction of the flyover in February this year, promised Osun residents that the project would be ready in nine months.

The State Commissioner for Works and Transportation, Hon. Remi Omowaiye, in an interview with journalists said the need to perform all “due diligence for the structural stability of the flyover contributed to the delay.”

He added that “Because of the depth of the retaining wall, the Consultant insisted that it has to be layers. And on each of the layer, we have to carry out test before we proceed.

“At the beginning too, we lost some weeks because the Consultant insisted that the samples of the reinforcement and even the rock under it must be taken to three different laboratories in different states to satisfy all due diligence before we proceeded.

“All these were responsible for the reason we won’t be opening up the place this November as earlier promised. We are deeply sorry about that. However, let me assure us that with the level of work so far done, before the end of December, Olaiya Flyover will be up and running. We thank the people for their understanding and cooperation.”