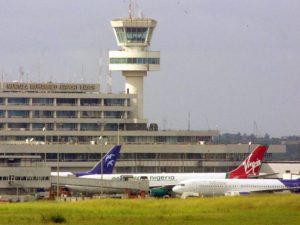 The Federal airports authority of Nigeria, FAAN has denied claims made on social media that there was no paramedics on ground to attend to an air passenger who collapsed while boarding air peace from Abuja to lagos.

The head of corporate affairs, FAAN, Henrietta Yakubu in a statement said one of the Authority’s official immediately performed cardiopulmonary resuscitation to revive the air traveller before the arrival of the medical team, which administered first aid treatment and subsequently evacuated the passenger to the Airforce Base clinic.

FAAN said it is unfortunate that instead of helping the collapsed passenger some were busy recording the event to post on their social media accounts and later painted the Authority in a bad light while others looked on.

FAAN also appealed to air passengers to respect privacy of any distressed person within it’s facilities and complained that a Port Health officer on duty was intimidated and hindered from assisting the sick passenger by air passengers last month.