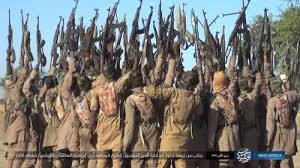 Unspecified number of persons have been killed by terrorists in Ukuru community in Bobi District of Mariga Local Government Area of Niger State.

Houses,shops and vehicles were burnt as goods were carted away by the terrorists

According to an eyewitness,the terrorists stormed Ukuru community in large number on motorcycles carrying AK 47 rifles