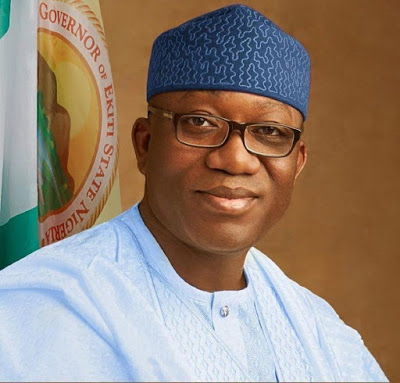 Ekiti State Governor and Chairman of Governors Forum, Kayode Fayemi, says to curb insecurity in the country, there should be more security personnel across Nigeria.

Fayemi made this disclosure on Wednesday while addressing All Progressives Congress delegates from Gombe State ahead of the presidential primary elections.

According to him, the number of security personnel manning the nation’s security architecture today is grossly inadequate for its security demand.

Fayemi said he would make security first, job creation number two priority if elected as president while electricity generation would be number three because the country’s economy cannot run without it.

“There is nothing wrong with our youths. They are strong and talented we only need to direct their energy to productive ventures that will bring development to the country,” he said.

He said he had not just the experience but also the courage and competence to man the affairs of the country.

The Ekiti State Governor said he was in Gombe State to assure all the party leaders that they wont not regret choosing him as the flag bearer of the party.

“I don’t see it as an entitlement, I have come to request, to plead, and to justify my candidacy to the leaders and members of our party. I hope having listened to me, having considered my experience, capacity, competence, my knowledge of the terrain and my vision, they will positively respond to my prayers because this contest is nothing but about competing visions,” he added.

Earlier, Governor Muhammadu Yahaya, in his address said he should see the state as his second home.

Yahaya lauded the qualities of Fayemi as the Chairman of the Governors’ Forum which he said had endeared him to be the right candidate for the office of Mr. President for the country.

Yahaya said, “So many have mentioned what you have done and what you will do, from your days in the civil society to the days of NADECO, to when you became a minister, and to the governor. You are eminently qualified to be president of the federal republic of Nigeria and for so many reasons, the people in this room have reasons and ground to stand by you and to make sure you are delivered.”