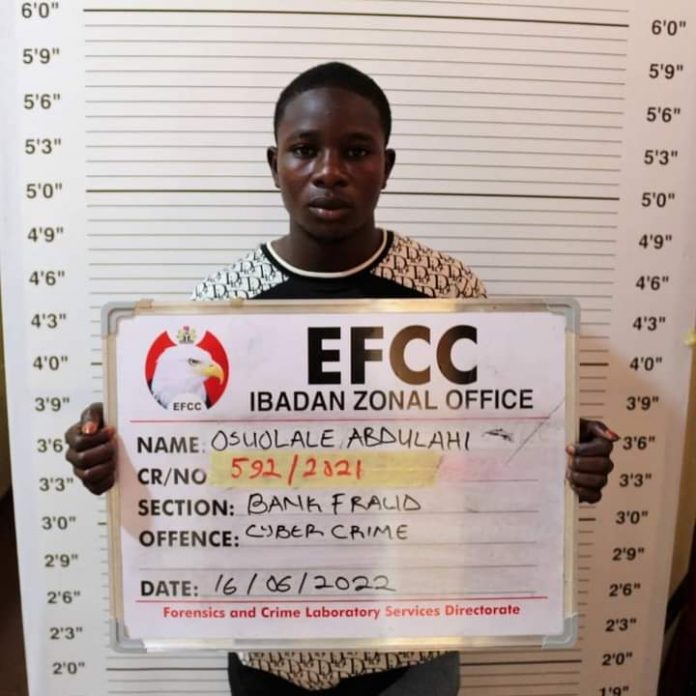 The Ibadan Zonal Command of the Economic and Financial Crimes Commission, EFCC, has secured five convictions before the Federal and State High Courts in Ibadan, Oyo State and Osogbo, Osun State respectively.

They were convicted on separate one count charges each for offences relating to cyber-fraud.

Upon their arraignments, they pleaded guilty to the charges preferred against them by the EFCC.

The sentence requires him to clean the toilets at Ataoja School of Science, Osogbo, Osun State.

Also, the court ordered that the convict’s attendance register be kept by the School Principal and submitted on completion of his term.

The courts ordered that the convicts restitute their victims and forfeit all items recovered from them to the Federal Government.

Court Sentence Killers Of Afenifere Daughter To Death By Hanging