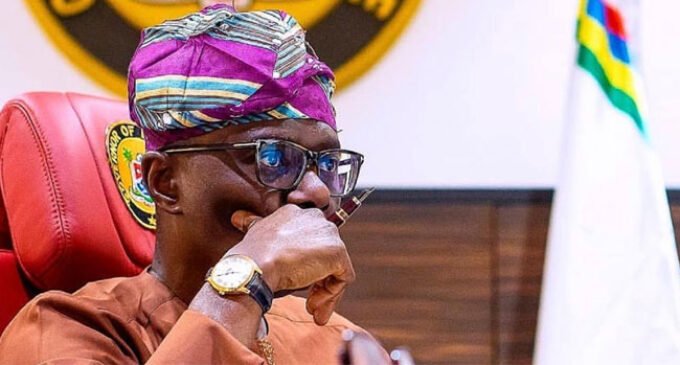 Lagos State Governor, Babajide Sanwo-Olu, on Sunday, reiterated that the state-owned railway system, the Red Line, will commence operation by the first quarter of 2023.

TIMENEWSNG reports that Sanwo-Olu who stated this while inspecting ongoing work on the system, noted that the continual inspection was to ensure that the deadline for the project remained unchanged.

He also said that the Blue Line, which starts from Marina station, will terminate at Alaba, while the Red Line begins from Agbado and terminate at Oyingbo.

Sanwo-Olu explained that the contractor has given the assurance that all the physical infrastructure of the project would be completed by the end of December 2022 to allow for testing of the rail line before full operation.

He said that the Agege station would have to be walled off so that traders would desist from using the tracks to sell their merchandise, adding that the traders on the Yaba track would also be relocated, as the state government had already informed the concerned traders.

According to him, “We have been out for the past four to four and a half hours. Now we are here at the intersection of Apapa Road that takes us to Ebute-Metta station.

“We are here to ensure that we exceed our promise so that the operation will start in the first quarter of 2023. What they are doing is that the physical infrastructure is complete by December. The stations, all bridges, all walkways, and all pedestrian bridges by December so that we can start testing. Operationally, it needs to take a few months. We are hoping that the operation will start within the first quarter of 2023.

“Our journey today started from Agege station. You have seen what we have been doing at Agege station. If they are bringing passengers from Ibadan, they move down and join our own intra-city train station. You can see there is connectivity between our own station in Agege and NRC station.

“From Agege, we moved to Ikeja. Ikeja happens to be an iconic station on the Red Line. The station is on a wide expanse of land of 240 metres, it equals three times of almost a football field. It’s at roof level, it’s going into completion. All the infrastructure that will make it first class.

“After that, we went to inspect the overpass at Awolowo Road to Agege Motor Road going to Mangoro. It is a T-Bridge, it’s on plan to be completed by the end of October.

“Similarly at the Mushin station, we have a bridge from Kayode Street and Ikorodu Road side up to Ogunmokun side in Mushin going to Agege Motor Road. There are one or two schools we need to relocate. On the rail tracks, there are several demolitions that had taken place. At Mushin, we also have a bridge that makes it the second bridge overpass.

“At Yaba, there are two major infrastructural development there. The train station is at roof level. You could see that it is on track, it’s on schedule between October to December deadlines.

“Similarly, the bridge from Tejuoso to Murtala Mohammed. It’s also a T-bridge as you have in Ikeja. The contractor also gave November that the bridge will be completed.

“From there we are now here at Ebute-Metta, from Apapa Road to Murtala Mohammed Road. We have a bridge overpass and we have a train station. The civil work of that station has been completed, it’s also on schedule to ensure that they hand it over by November/December.

“This particular place is very challenging because of the density there. It was difficult for the contractor to have access to drilling. I’m happy that all of that has happened now. They are now doing concrete institute.”