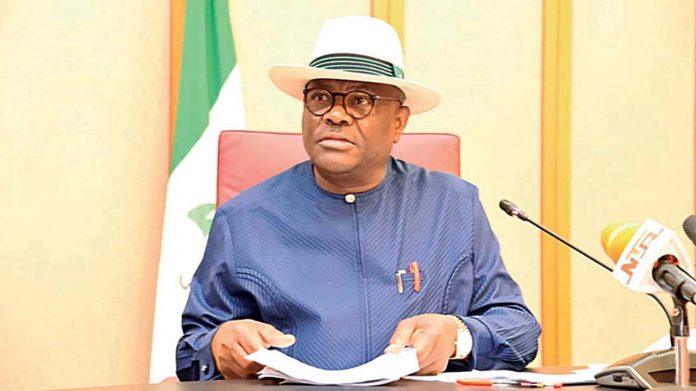 The Rivers State Governor, Nyesom Wike, on Friday, said that the People Democratic Party presidential primary election which led to the emergence of Atiku Abubakar as presidential candidate was manipulated by the national chairman..

Wike, who revealed this in an ongoing media parley, alleged that the PDP’s National Chairman, Iyorchia Ayu, played a vital role that was detrimental to other aspirants in the emergence of Atiku as PDP flagbearer.

The governor alleged that Ayu called several presidential aspirants to step down for the former vice president during the convention.

“He was calling aspirants to withdraw for Atiku. I was there, Saraki and others were there.

“He manipulated the delegates. There was nothing Ayu did not do to ensure Wike didn’t emerge,” Wike said.