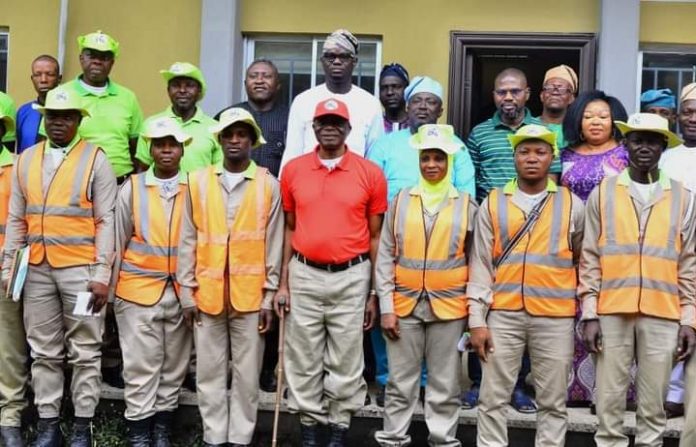 The state Commissioner for Youth and Sports, Yemi Lawal who disclosed this during a press conference in Osogbo said the initiative is aimed at ensuring that Osun youths get quality healthcare delivery that is accessible, affordable and beneficial.

Lawal said the initiative was to properly integrate the youth into the Scheme, especially those who are out of school, unemployed, physically challenged or mentally challenged.

He said the beneficiaries of the Scheme would be drawn from the 30 Local Government Areas, including Ife-East Area Office of the State in line with the Osun State Youth Policy Programme and Implementation Strategies.

“The present administration’s efforts in making sure that healthcare delivery is accessible and affordable to all citizens and residents of the State led to the establishment of the Osun Health Insurance Scheme (OHIS). The benefits of the Scheme are enormous as the people of Osun are now able to access quality healthcare without tears, with evidence of improvement in their health.

“Nevertheless, the youths, who constitute a greater proportion of the population of the State, some of whom are out of school, unemployed, physically challenged or mentally challenged, are yet to be fully integrated into the scheme.

“In order to address this, Governor Adegboyega Oyetola, who is a lover of the youth, directed that 30,000 vulnerable youth drawn from all the local government areas of the State be enrolled under the Osun Health Insurance Scheme (OHIS).

The Commissioner revealed that the administration of Governor Oyetola has concluded plans to recruit into the Osun Youth Empowerment Scheme as part of efforts to maximize the potential embedded in the youth so as to further contribute their quota to the growth and development of the State.

He said the recruitment of the prospective candidates for the Batch 5 of the O’YES Cadets would kickstart today, and that about 62,000 Cadets had gone through the Scheme that comprised 4 batches so far so good.

According to Lawal, the Scheme is a revolving 2-year Volunteers Scheme which strives to empower recruited youths across the 30 Local Governments and Area Office in the State while the volunteers are divided into different specialized cadres such as Public Sanitation, Public Works Brigade, Green Gang, Osun Sheriff Corps, Traffic Marshalls, Osun Paramedics, Sanitation Czars and Teachers Corps and the volunteers are deployed to offer productive services in the identified areas of socio-economic life in accordance with the objectives of the scheme.

“Let me make it clear that O’YES itself is not about offering employment to the youth but empowering the participating youth to become self-reliant and possibly become employers of labour. This is where the exit programme comes in. The Exit Programme empowers the Cadets by helping them become self-reliant through acquisition of relevant entrepreneurial and vocational skills. As at present, the Scheme has about 74 exit programmes for the cadets to choose from.

“We can boldly say that the Scheme has achieved success in transforming the lives of the ex-cadets through the exit programmes, to the extent that you can now find many of the ex-cadets doing fine in different areas of endeavours, be it the Civil Service, Para-Military Service, Private Sector etc. Similarly, many of our ex-cadets have established their own businesses.

“For instance, the owners of AJ Gas in Ile-Ife, and Alamar Multi-Purpose Nigeria Limited, passed through the Scheme. Some others have improved on their educational standing such as Dr. Foluke Kehinde, Ms Deronke Egbedun who is now in Canada, etc. On the political front, there are some former O’YES cadets who are now serving as Council chairmen, Secretaries to Local Government councils, Councillors, Senior Special Assistants to the Governor among others.

“In addition to these, O’YEs under the present administration has recorded more success stories which include Collaboration with the Osun Agency for Community and Social Development Project CSDA on PALM-OIL PROCESSING PROJECT for some ex-cadets of O’yes. The sum of N1,574,625.00 was approved and presented by CSDA to six Local Government Areas. For instance, OREDAPO Vulnerable Group Ifetedo in Ife South LGA among others included some O’YES Cadets who are into palm oil processing”, he added