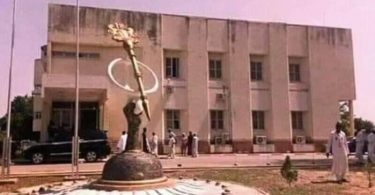 Bauchi State House of Assembly has rejected the recent recruitment exercise by the Nigeria Security and Civil Defence Corps (NSCDC) in the state.

It however, described the process as a scam.

The Assembly rejected the recruitment exercise in its resolution on the matter during Thursday’s plenary.

This was confirmed by the spokesman to the Speaker, Abdul Ahmad Burra.

The resolution followed the submission of the report of the House Joint Committee on Security and Public Service on the NSCDC recruitment exercise, led by Honourable Sabo Bako Sade.

The joint committee stated in its report that it confirmed that seven out of the 10 applicants whose names appeared on the list were non-indigenes as earlier communicated to the House by the Office of the Head of Civil Service and reported by the member representing Bauchi central, Jamilu Unary Dahiru.

It, therefore, recommended that the House rejects the outcome of the exercise and communicate same to NSCDC national headquarters, notifying it that even if the result of the exercise is released with the seven identified non-indigenes of the state it will be regarded as null and void to the people of Bauchi State.

The joint committee recommended that Dahiru be commended for alerting the House to the scam, which was later confirmed to be true after a thorough investigation by the House as part of its oversight functions.

After thoroughly studying the committee’s report, the House adopted all the recommendations contained in it and subsequently directed the Clerk of the House to immediately do the needful.